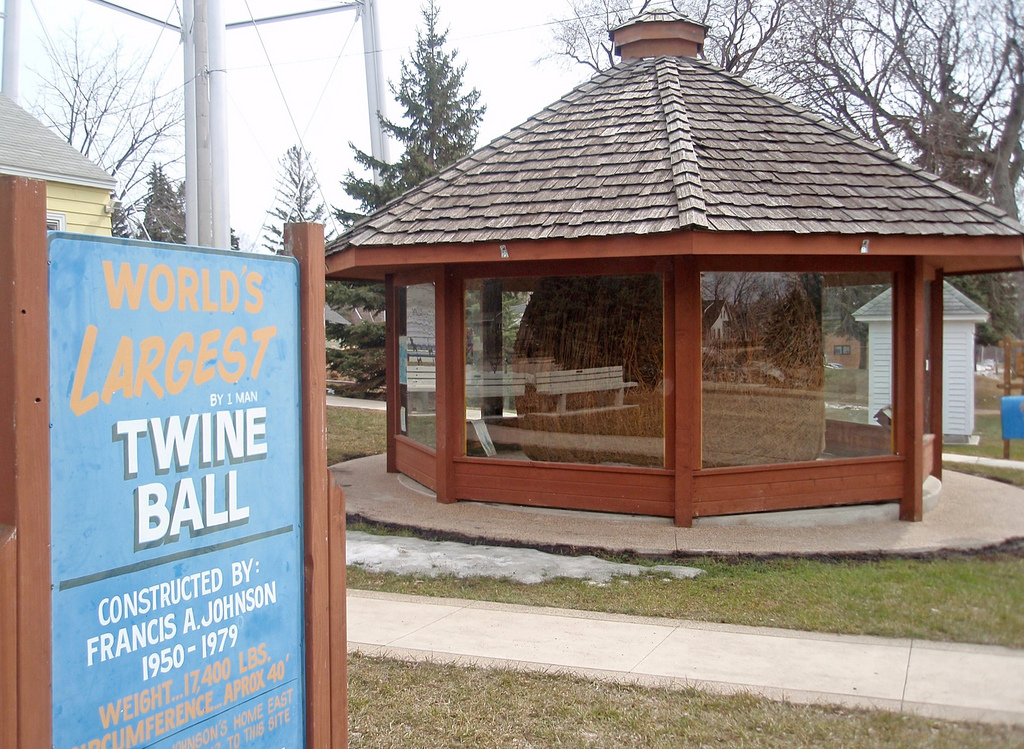 The United States are well known for their spectacular old highways. Many of these are not in use anymore and have become today popular when it comes to road trips. But not only this! Many of these roads have interesting and curious side road attractions that are worth visiting. We are going to talk about only a few of them but encourage you to research further if you want. 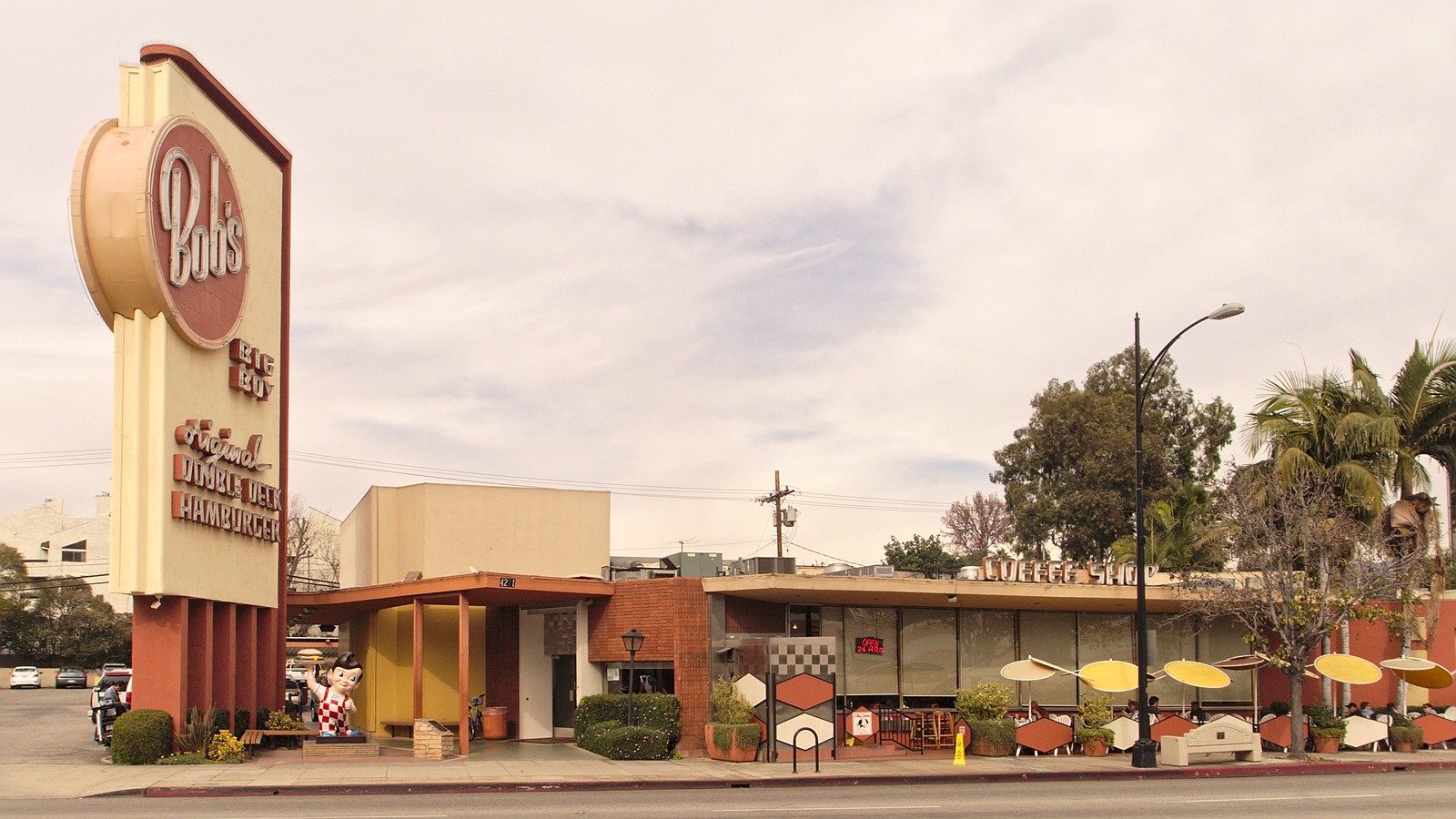 Bob’s Big Boy is a chain restaurant, founded in 1936’s Southern California by Bob Wian. This chain of restaurants was originally Bob’s Pantry, later named after its famous burger creation known as the Big Boy. This burger was Wian, himself by slicing a bun intro 3 slices and adding 2 hamburger patties between them. In 1933 this restaurant was declared a California Point of Historical Interest which made it only more popular among visitors and tourists.

But the most interesting part of this chain of restaurants and the reason for which it finds itself on our list is represented by their oldest surviving location. 4211 Riverside Drive, Burbank, California is the address where we can find this restaurant, which has managed to become a famous pit stop among the USA road explorers. Even though it was built in 1949, with the help of the famous architect Wayne McAllister, this restaurant incorporated the design of the 1940s streamline moderne while still anticipating the 1950s coffee shop design. It is said to have made McAllister’s reputation and the restaurant’s circular drive-through design is entirely accredited to him. 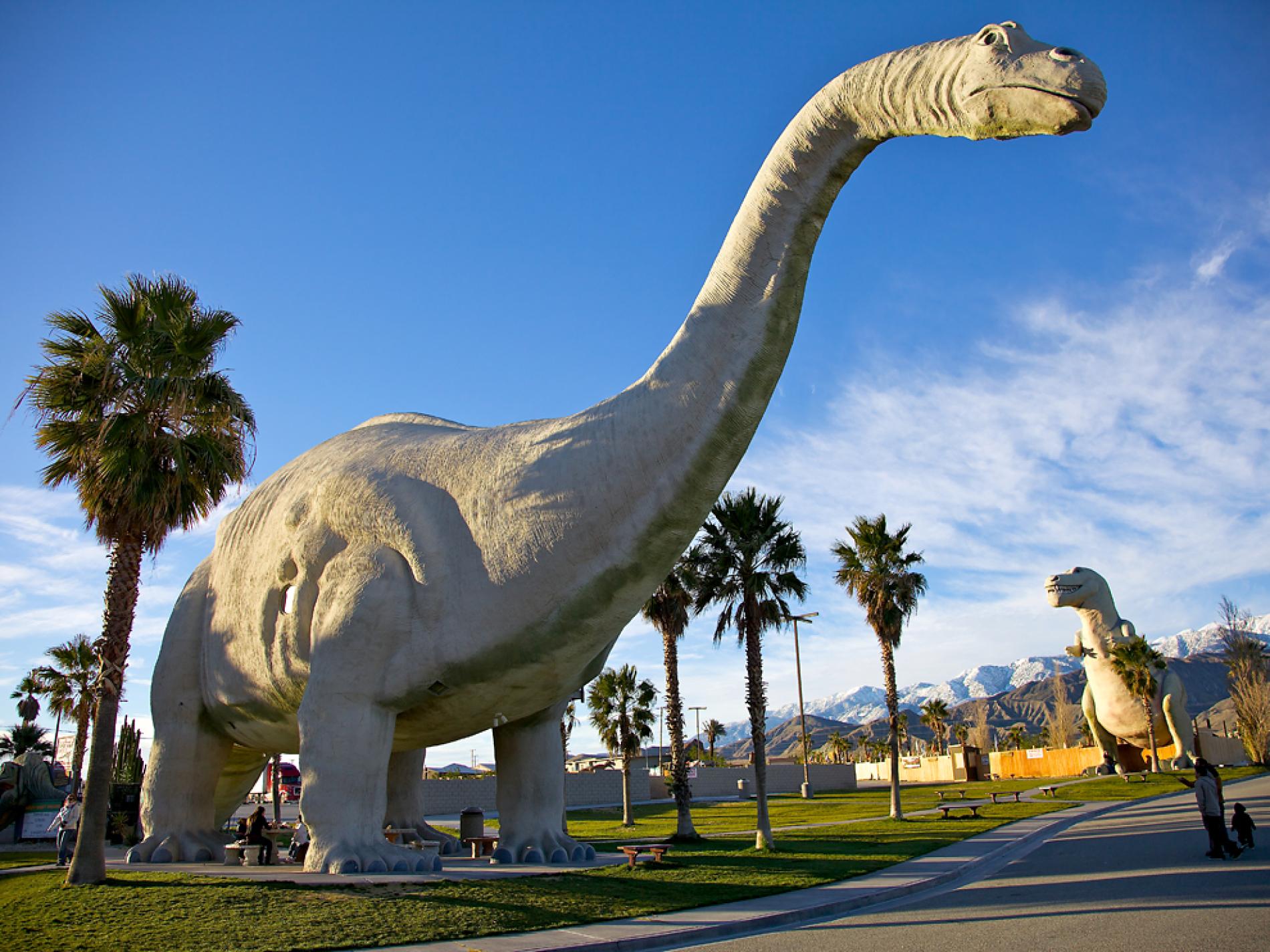 These dinosaurs are also known as the Cabazon Dinosaurs due to their location in Cabazon California, at Highway 10 and the Main Street exit, 13 miles west of Palm Springs. This museum is known as a fun educational adventure that feature works from scientists from around the world. The works and research focus on the world of dinosaurs, the beginning of man and the creation of the world as it is known today. This is a fun and educational place for both young and old visitors.

An uncommon but interesting sight from the Highway Interstate, these giant dinosaurs set in an arid desert background catch the eye or all curious tourists and not just. The interesting and eye catching location has been used in commercials, music videos and it has been well covered by several media news reports. Even thought the location is over 30 years old. many of the dinosaurs took several years to make and each of them has its own history. The apatosaurus, which was until recently known as the brontosaurus, took 11 years to build and is the biggest dinosaur in the world and the T-Rex, also known as “Mr. Rex”, took 7 years to build. The belly of Dinny hides a wonderful store that has something for everyone, no matter the age and preferences, and it is the perfect spot for souvenirs.

Located in Amarillo, Texas, the Cadillac Ranch is a public art sculpture that dates back to 1974. It was created by 3 men, named Chip Lord, Hudson Marquez and Doug Michels, who were part of the group Ant Farm, an avant-garde architecture, graphic arts, and environmental design practice, founded in San Francisco in 1968.

The sculpture consists of several old and running or junk Cadillac cars, which represented the different evolution of the car line from 1949 to 1963. The cars are half buried in the ground, nose first and at an angle that corresponds to the Great Pyramid of Giza. The Cadillac Ranch was originally 2 miles or 3 kilometers to the east, compared to the position that it occupies today, this change in position happening due to the expansion of the city limits. This ranch has also made its way into the popular culture, being used as a theme for songs, scene for music videos and even in popular movies such as Cars and TV series such as King of the Hill. 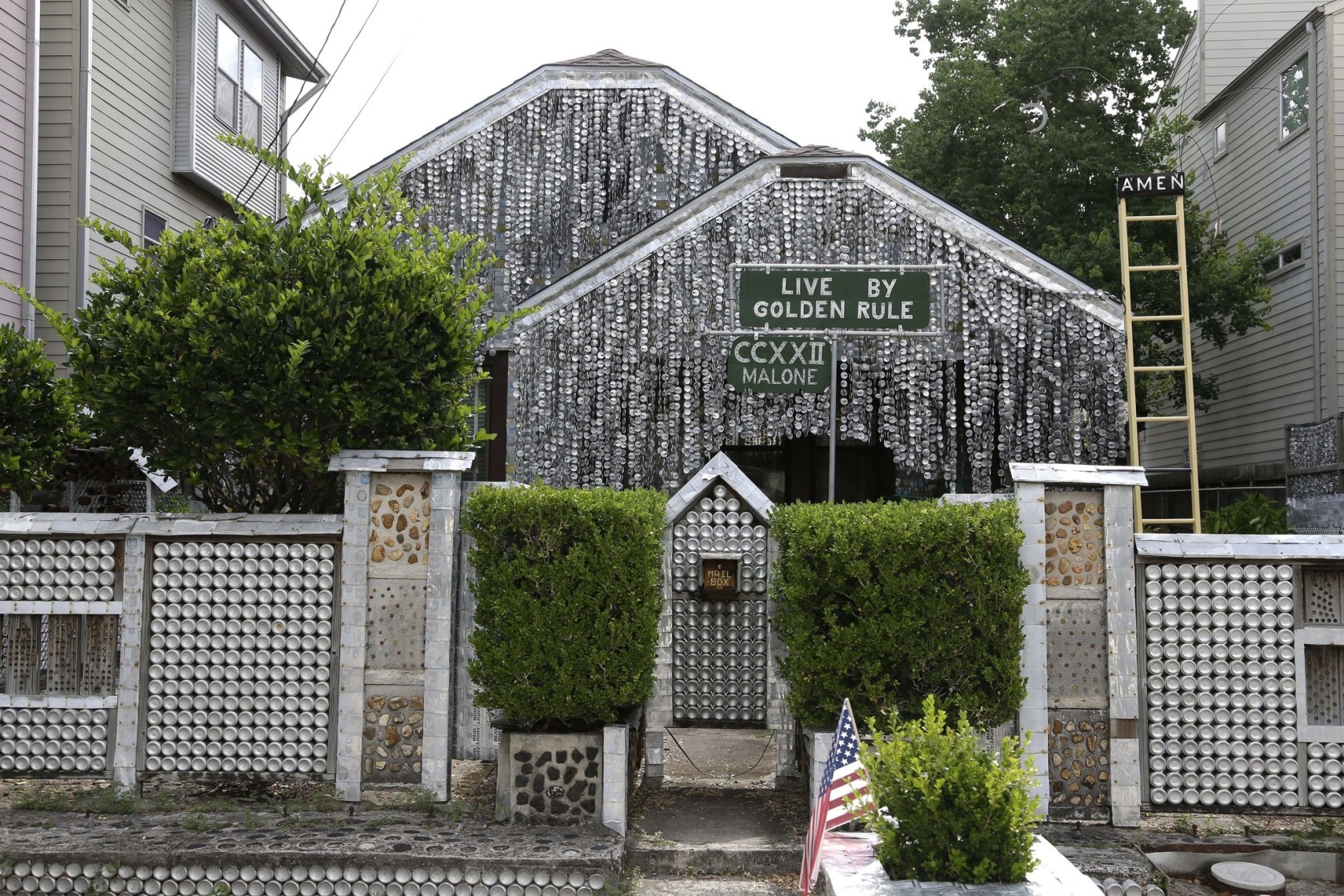 The Beer Can House is exactly what it sounds like, a house made almost entirely out of beer cans. This house has almost instantly become a tourist attraction and is now one of the most famous roadside attractions in the USA. You can visit and find out the story of this interesting and eye catching landmark in Rice Military, Houston, Texas.

But until you get to visit it by yourself, we will tell you a little bit about it. This house is viewed by many as a folk art monument to eccentricity and recycling due to the use of beer cans, bottle caps, bottles, and other beer ephemera. The estimated number of beer cans that have been used to conceive this house is around 50,000. Even though the house was constructed by John Milkovisch, today it is owned by The Orange Show Center for Visionary Art which is a non-profit organization. This organization was founded in 1980 in order to preserve and exhibit works resulted from extraordinary imagination and a possibility for people to express their own personal artistic vision.