Have you ever said to anyone that you would enjoy living on the edge? Here it your chance to prove it! Featured in this article are wonderful villages that will literally put you on the edge of the situation. They are famous for their location as well as for being very charming with lovely stone homes and wonderful walkways. If the views won’t conquer you, then the beautiful culture present in every single one of them definitely will. 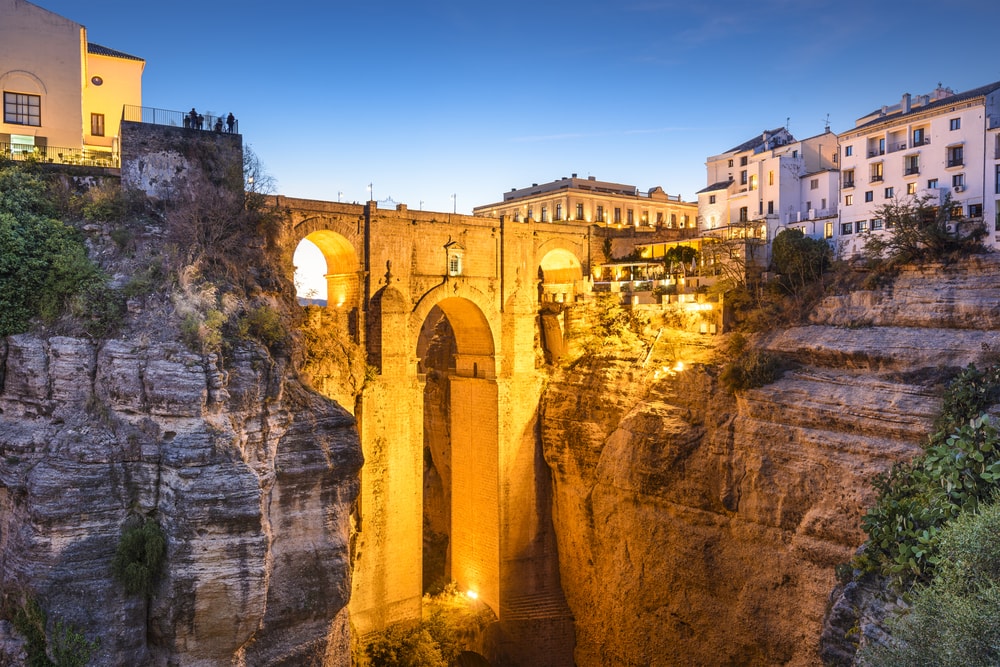 Despite being the fastest growing town in Andalucia, the charm, culture and history of this city have not been left behind. The famous El Tajo Gorge passes right through the middle of the city, carrying the river of Guadalevín with it. Visitors are led over the 100 m chasm by the 18th century Puente Nuevo bridge that also offers gorgeous views of the Serranía de Ronda mountains.

Ronda is considered to be the birthplace of modern bullfighting, a world famous event that today takes place every year at the wonderful Feria Goyesca. Since the 18th century, when matadors started to fight the bulls on their own feet, this event has grown every year, taking place in September. But it’s not all fighting, because Ronda also holds the famous ‘romeria’ pilgrimage. This event is organized by the local catholic brotherhood and honors the famous ‘Virgen de la Cabeza’.

Besides being famous for amazing views and cultural events, Ronda also has charming museums which can be visited and public place which can be enjoyed in a wonderful way. The buildings, plazas, bridges and overall architecture reflect the rich culture and history that is to be seen and taken in.

From its establishing, in 833, this city has accumulated a very rich history and has to this day a timeless charm. Due to its position and amazing views, this city is considered to be one of the most spectacular town in the Mediterranean.

The entire settlement is perched upon a limestone pedestal and appears almost to grow from it. The citadel walls and ancient houses seem like they are a extension of the cliff rather that just a settlement placed upon a hill. Being located only 12 km away from Sardinia, the city is clearly a more Italian influence than French. This has affected even the language which is a dialect based on Liguarian Italian. The side of the cliff overlooking the port is the most beautiful but in order to really take in the beauty of this charming settlement you will need to get out on a boat and check it out from afar.

This next wonderful little town is situated in the north part of Italy, in the province of La Spezia, Linguria. It is the oldest town of the Cinque Terre cities, which represent a wonderful and popular tourist attraction in Italy.

Besides the wonderful placement on top of the cliff, the city adds to the entire picture by having some of the most colorful charming houses. The main ocupation of locals has always been fishing and wine brewing, being actually famous for their local wine. In the past years, due to the famous hiking and walking trails surrounding it, the city has become more and more populated by tourists, especially during summer time. 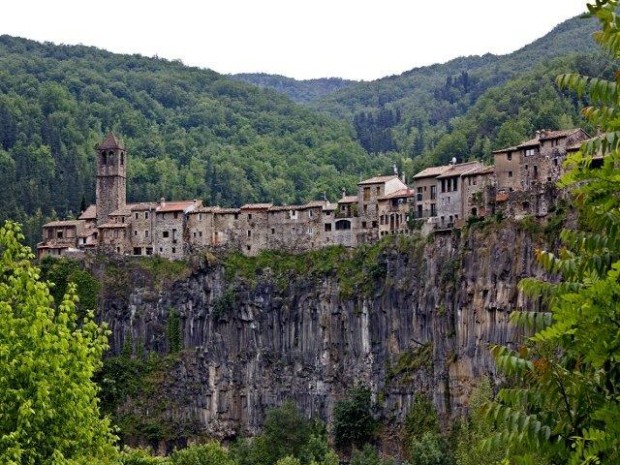 This Spanish town is one of the smallest towns in Catalonia with almost 1000 locals displaced in under a square kilometer. Being surrounded by the confluence of the Fluvià and Toronell rivers, the town sits upon the rising cliff between them. This gives it an unusual but lovely displacement with two rows of buildings on a each side of a single main street and surrounding the houses are the edges of the cliff.

On one side of the cliff stands proudly the old church of San Salvador that dates back to the 13th century. The building has been rebuilt several times over the years but its charm and splendor has been kept, along with the tall square clock tower. Around this wonderful church stands the old town, which has its special charm with narrow streets and houses made mostly out of volcanic rock. 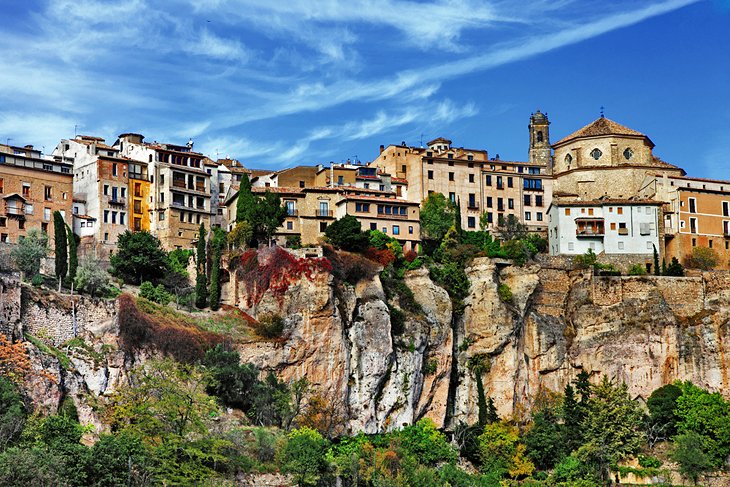 Situated in the autonomous community of Castile–La Mancha in central Spain, this city is the capital of the province with the same name. It is situated between Madrid and Valencia, in the third least populated region in Europe. Cuenca is a splendid example of a medieval city and it is a world heritage site. The wonderful city is perched upon the steep sides of a mountain, many of the houses and buildings standing right on the cliff edge.

In the next photo we have one of the most photographed hanging house, being also the location of the Abstract Art Museum. At the back of a wonderful ancient cathedral, there is a wood bridge that crosses the gorge and from which tourists can observe the splendor of the hanging houses. There are several museums that can be visited besides in this small Spanish city. But the outdoors is the real work of art which you should not miss.