Discover The Beauty Of The Phi Phi Islands – GoGoAway.com
Skip to content 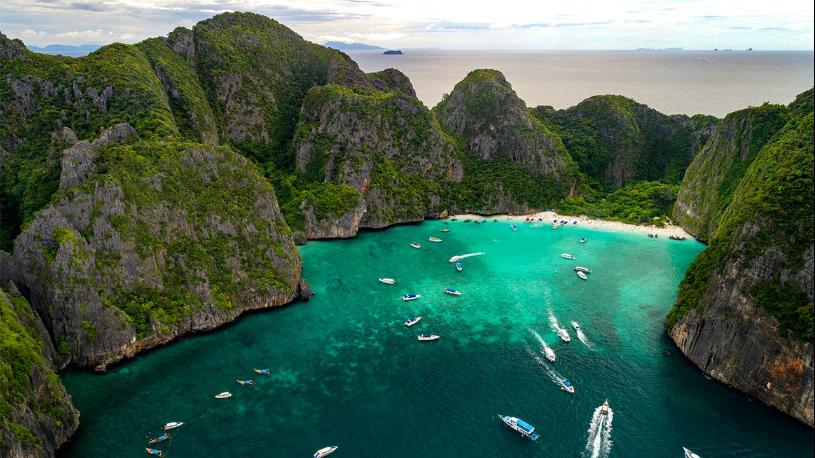 Today, we are here to share with all our readers the story of the Phi Phi Islands. This small but charming group of islands is mainly known for its beautiful flora and fauna. But when it comes to the landscapes, views and beaches be sure that you will not be disappointed.

About the Phi Phi Islands 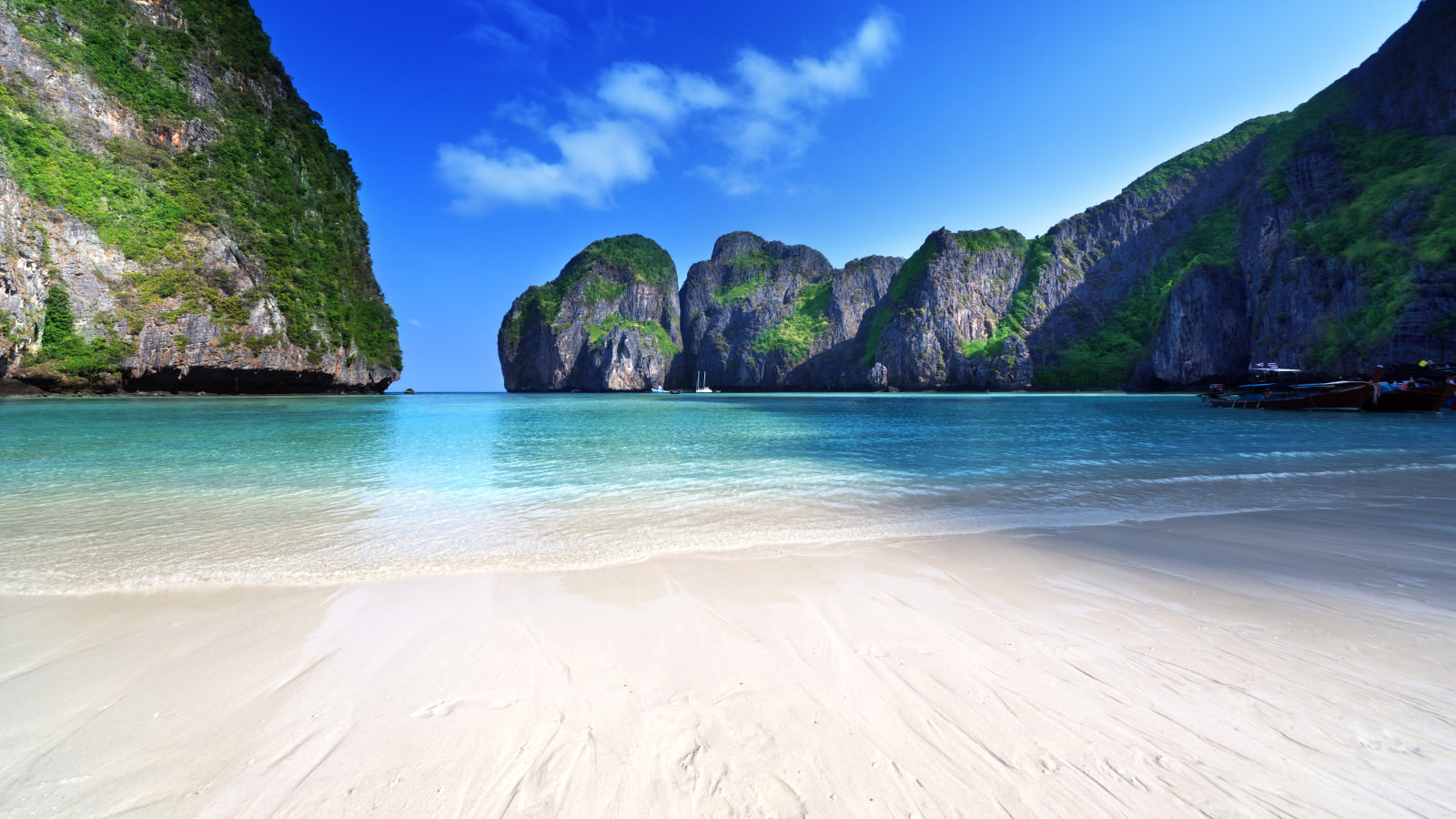 So, where exactly in the world are we ? Well, today we are exploring a small part of Thailand. To be more specific, we are right between the edge of the Krabi Province, which is located on the Strait of Malacca coast and the island of Phuket, which is just 40 km away.

This group consists of a total number of six islands. There are two major islands, which are also the largest of the group, that are also the most known and most popular among tourists. From our point of view, we recommend you visit all of them if you get a chance. How and why, we’ll tell you later.

Ko Phi Phi Don is the largest island of this group, having a length of 8 km and being 3.5 km wide. On the second place, we have Ko Phi Phi Lee, an island that occupies only 2 km. Smaller than these two are Ko Mai Phai, also known as Bamboo Island and Ko Young, also known as Mosquito Island. These two are much smaller than the first ones but can be visited, offer a limited space for snorkeling and those who visit should pay attention because they might encounter sea urchins. The last two islands, which are also the smallest of the group, have somehow earned the title of islands even though they are actually limestone karsts. They have near vertical walls rising from the sea and are spectacular to observe from close or afar.

A bit of history

Due to archaeological discoveries, this area has been said to date back to the prehistoric period, making it one of the oldest communities in the entire Thailand territory. The island was originally named Pulau Api-Api, which was translated as The Fiery Isle. This name came from the fiery trees or grey mangroves that are found all over the island. When it comes to the new name, it is divided into two parts. The word “Ko” is from Thailand language and means “Island” and the “Phi-Phi” originates from Malay language.

About its locals, it is known that in the 1940s, the people that lived on the island of Phi Phi Don were Muslim Fishermen. Later, the land was turned into coconut plantation. Today, the percent of Muslims is around 80%, but if we take into account the laborers, the population is starting to lean more towards the Buddhist side. According to the last census of 2013, the population is around 2000-3000 people. 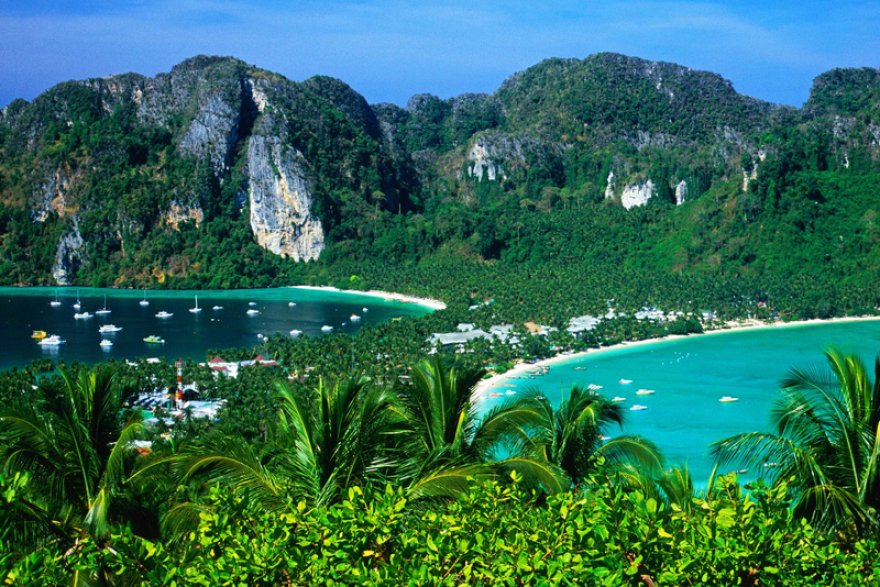 While all the islands in this group are beautiful and worth visiting, we are going to concentrate mainly on the two largest ones which are also the most important and the ones that can accommodate tourists properly.

Ko Phi Phi Don has become in the latest years a tourist hot spot, attracting tourists from all over the world, mainly Europe and Asia. This spectacular island is the main point that connects the entire group with the mainland, tourists arriving here and getting to visit the surroundings after. The unfortunate part of this island being stomped on by tourists is that, even though it is considered to be a “marine reserve”, both tourists and locals have not taken this too seriously. Because of this, the green treasure of this island has been somewhat affected. But, on the upside, this could definitely change if people become aware soon and start thinking more of nature when building and developing structures.

The Ko Phi Phi Lee island is significantly smaller than its brother but it has attracted almost the same amount of attention from tourists. This island has two shallow bays, known as Maya Bay and Loh Samah . The Maya Bay is mainly popular for diving and it gained most of its popularity after hosting the shooting of the movie “The Beach”. During the shooting of the movie, the studio added certain landscaping extras. An interesting fact to know is that even though the 2004 tsunami was a devastating disaster for the surrounding region, many people consider that it was a good thing for this area. Why? Because it cleaned out all the landscaping which was added during the movie and was left behind.

Why you should visit 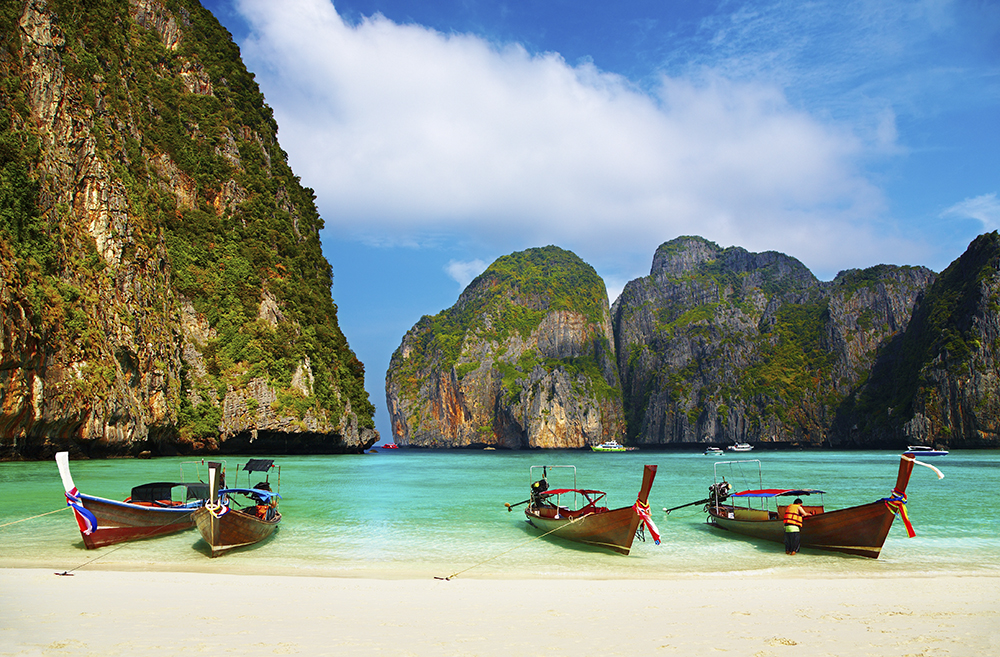 We have mentioned, when talking about Ko Phi Phi Don, that it was considered a “marine reserve” but what we have not mentioned is that the entire group of islands are technically part of a Marine National Park, due to their wonderful flora and fauna.

These islands are located in a tropical region. You will encounter only two seasons: a hot one and a rainy one, both remaining in the same temperature range of between 25ºC to 32ºC or 77ºF to 89.6ºF.

Besides Buddhists and Muslims, you may very well encounter here Thai-Chinese people and even sea gypsies. It would be a wonderful opportunity for those who would like to explore these cultures and discover more about them or the locations. Speaking to the locals is always a wonderful way to discover a place.

You can find unique art forms while exploring these islands, including the art of batik, practiced by the locals and other handcrafted items which can be quite unique for first-time visitors such as pineapple paper.

For those who are interested in visiting this lovely part of the world and don’t want to miss a thing there are also agencies that can arrange a full tour of the islands. If you wish for every single detail to be set before arriving to the islands, we suggest researching for an all inclusive tour that will allow you to only worry about what gifts to buy for your loved ones back home.