Discover the Sedlec Ossuary in the Czech Republic – GoGoAway.com
Skip to content 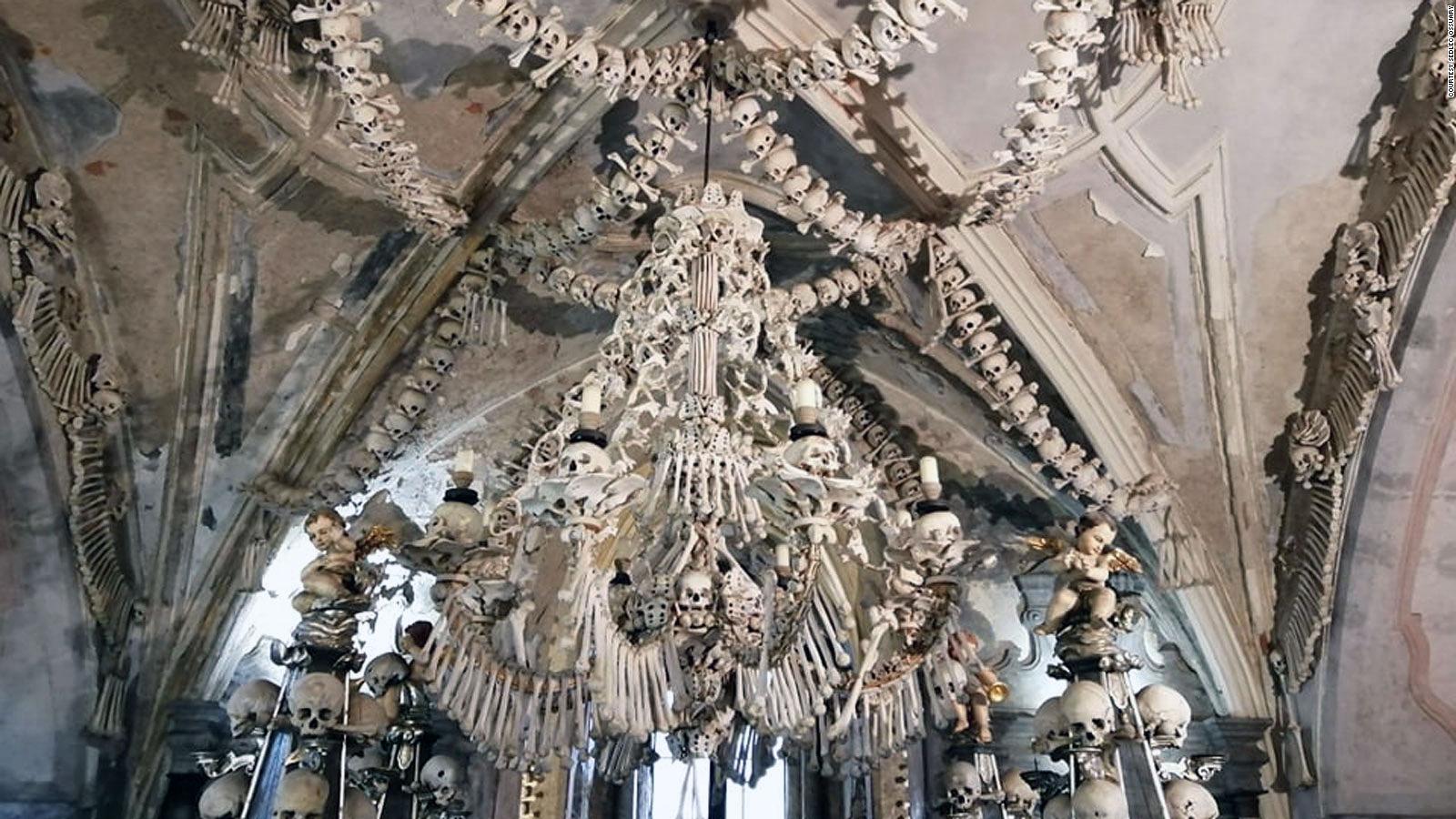 Located in the Czech Republic, in the Sedlec suburb of the Kutná Hora city, is what seems at first sight as a quiet and calm Cisterian Monastery. But this monastery hides a secret that will creep out the bravest of travelers.

Let’s start with a bit of history

The city where this monastery is located was once known as the Royal Silver Town of Kutna Hora. Why? Because very close to the city a great amount of silver ore was found which resulted in the land being lent for mining. This brought a large amount of income inside the city, even the Cistercian Monastery benefiting from this money.

The monastery however was constructed a few years earlier, in 1142, at the request of the Miroslav landlord who asked the Cistercian order to establish their monastery here. The land on which the monastery was built belonged to the Miroslav Foundation, which had a lot of land properties around Sedlec, and even some villages around it. The main occupation of the monastery’s monks was cultivating the grounds around the monastery.

In 1278, Henry, the abbot of Sedlec, was sent by King Otakar II of Bohemia on a diplomatic mission to the Holy Land. When returning from Jerusalem, Henry brought back with him a handful of earth from Golgotha which he spread around the Sedlec cemetery. After the news went across, not only Bohemia, but the entire Central Europe, the cemetery’s fame just received a boost. Wealthy people from all around Europe wanted to be buried in this cemetery. The cemetery was enlarged during the 14th century plague epidemic and again during the Hussite wars which took place at the beginning of the 15th century.

After 1400s, one of the abbots from the monastery erected a Gothic style church in the middle of the cemetery, with a chapel underneath that was destined to store the bones from the old graves. The church and chapel was modeled in a Czech Baroque style by a famous Italian architect known as Jan Blažej Santini. The bone deposition inside the chapel was the work of a half blind Cistercian monk but the present arrangement was done by Czech wood-carver František Rint. The number of people whose bones can be found in this chapel vary from 40.000 to 70.000.

Entering the Church of Bones 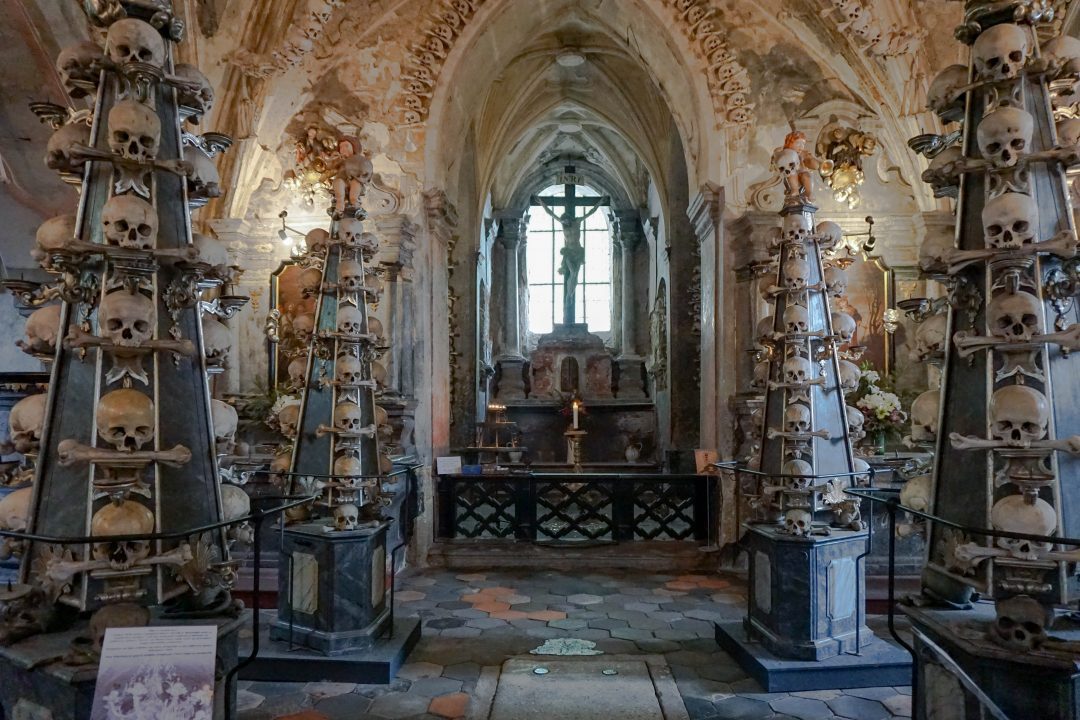 We have mentioned what this church is all about so don’t look amazed when you enter and all you see are human bones. They are piles of it, artworks of it and thousands of pieces of it. Basically, there are a lot of bones. If you have never seen artwork made out of bones, and we’re sure that many of you have not, then these pieces will both impress and creep you out at the same time, especially if you think about all the people and their stories.

There are a few artworks that will stun not only through their construction material but rather through their size and attention to detail. One of the most impressive artwork of this chapel is the chandelier that sits in the middle of the room that is also rumored to contain at least one bone from every person buried in the Sedlec cemetery. The coat of arms of the Schwarzenberg family is also a piece of artwork made out of bones and displayed in the chapel. Besides these impressive artwork pieces, in the four corners of the chapel there are four impressive or macabre mounds of bones that will make your skin crawl just by looking at them. Also made out of bones is the signature of the artist that made all these constructions possible.

In the Czech Republic, the Church of Bones is known as one of the 12 World Heritage Sites of the country. When it comes to the popularity inside its country, there was a documentary made by Czech filmmaker Jan Švankmajer, which had a 10 minute length and was basically just a frantic cut of skeletal images with a neutral voice narration from an actual tour guide. During the communist regime this documentary was banned, the soundtrack being replaced by a spoken introduction and a jazz melody. Only after the Velvet Revolution was the original movie and soundtrack available to the public.

In today’s popular culture, on the international market, the chapel has been documented on several shows such as “Adventures in Architecture” and “Ripley’s Believe it or Not” and it was the inspiration for several novels and movies such as “The Black Angel” ; “Blood & Chocolate” or “House of 1000 Corpses”.