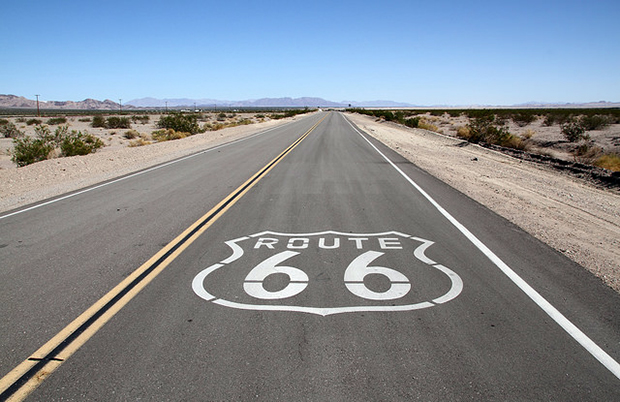 In this article we invite you to discover the gorgeous but forgotten Route 66. It was once the pride of the United States, today representing a big part of its history and only managing to pass it along those who are willing to visit and listen.

Route 66, one of the original highways of the U.S. Highway System, is also known by locals under the nicknames of Main Street of America or The Mother Road. It was established on the date of November 11, 1926, its road signs being located the following year, and it has been a part of american history since, today standing as a witness of it. On June 27, 1985, Rute 66 was officially removed from the United States Highway System, being replaced by the Interstate Highway System. 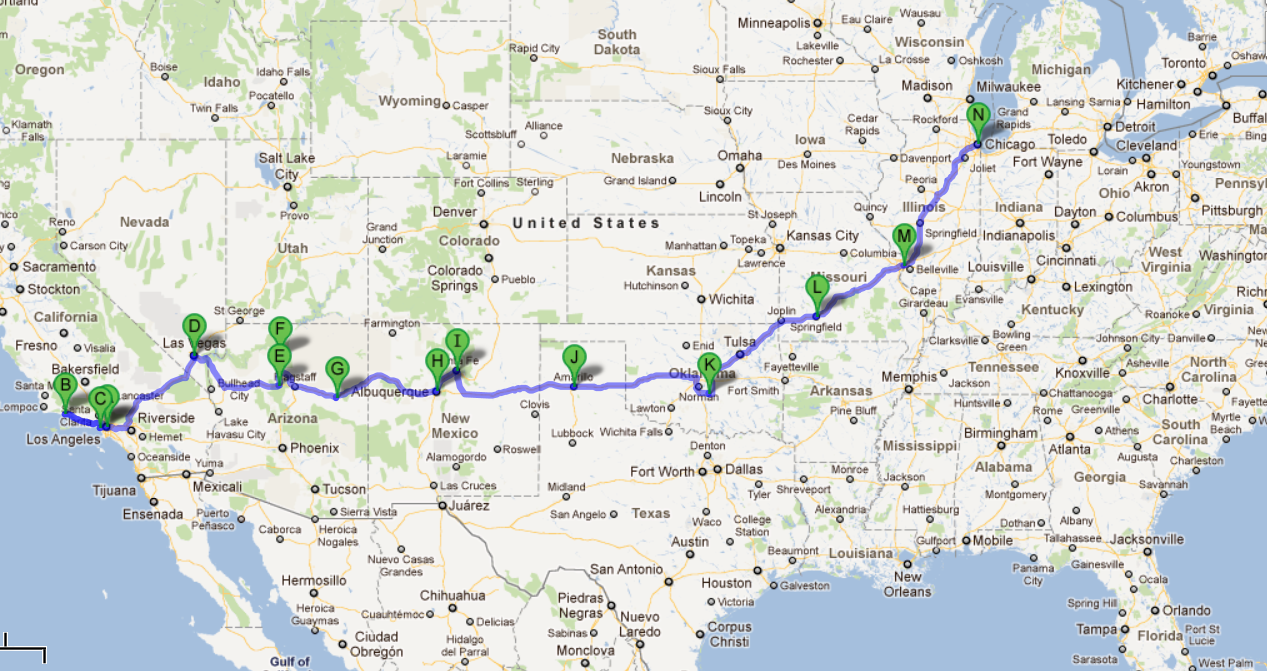 This highway, one of the most famous in all the U.S., originally ran from Chicago, Illinois, through Missouri, Kansas, Oklahoma, Texas, New Mexico, and Arizona, finally ending at Santa Monica, California and covering a total of 2,448 miles or 3,940 km.

The peak of Route 66 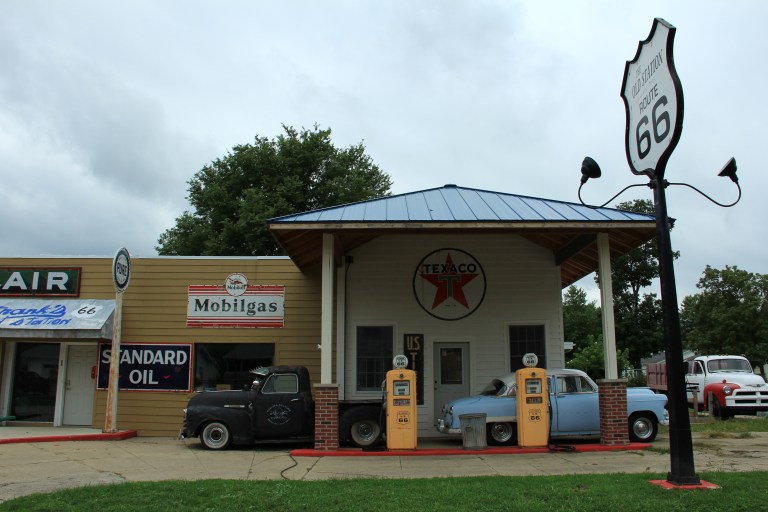 Even though many people know this road as Route 66 as the official name, not many people know that the number 66 was not the first choice for this highway. Different people wanted this route to have numbers such as 60 or 62. A highway engineer by the name of John Page settled for the number of 66 because he thought it was simple to remember and pleasant to pronounce.

Among the first publicity stunts that had as a goal the promotion of the Route 66, a foot race was organized which had a huge success and several ads in the paper were published, all of which were organized by the Highway 66 Association. Another great reason for people to have choose this route was its flat land through which it passed  and which made it easy to travel on it.

Even though they were sad and negative events, the Dust Bowl in the 1930s and Great Depression made this route more popular because the people affected by these events were choosing to travel towards the west side by following this road. This was mainly because it was one of the only fully paved roads which made its crossing a lot easier. 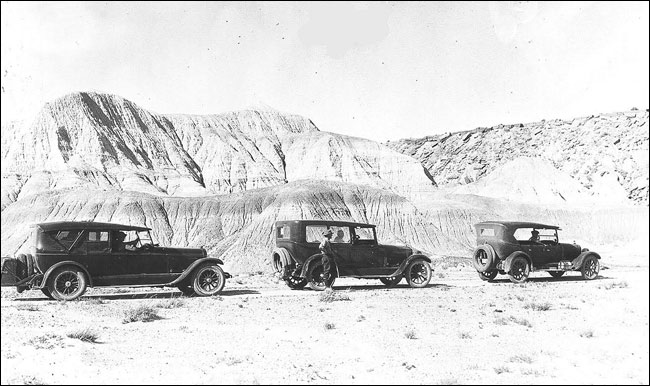 During World War II, this route regained popularity due to increasing migrations towards California. The last big increase in popularity took place in the 1950 when this route was popular among vacationers traveling to Los Angeles. The fact that it passed near three major attractions, the Painted Desert, the Grand Canyon and Meteor Crater, was only a plus, also contributing to the boost of tourist and therefore the development of this route’s economy. Small businesses started to appear on the side of the route as well as chain restaurants, all taking advantage of the flow of people using this highway for their travels.

The increased traffic on the route led to some major and minor realignments through the years, particularly in the years that immediately followed World War II. By the early to mid-1950s, Missouri had a few upgraded sections, which now had four lanes complete with bypasses. Most of these new four-lane sections were eventually upgraded to the status of freeways, in later years.

The decline of Route 66

The same people that had built businesses and grown due to this road’s popularity were the same ones to jump in when the downfall of this road started. The decline of  Route 66 started in 1956 with the signing of the Interstate Highway Act by President Dwight Eisenhower. His influence came from his personal experiences during the 1919s as a young Army officer crossing the country in a truck convoy, following the route of the Lincoln Highway.

During its entire 60-year existence, Route 66 was constantly changed in order to be improved and make it keep up with the modern times. Because the highway engineering became more and more sophisticated, the engineers started looking constantly for more direct routes between cities and towns. With the building of the new interstate highway, Route 66 lost its popularity and was replaced or in some cases, remade and integrated with the highway. 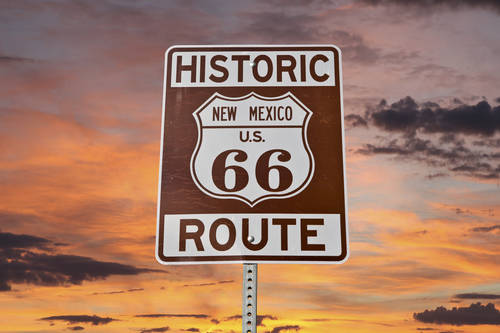 Over the years, Route 66 has suffered many improvements, realignments and alterations which have turned it into what it is today. A few portions of the road, that pass through Illinois, Missouri, New Mexico, and Arizona, have been designated into a National Scenic Byway with the name of “Historic Route 66“. This byway has managed to put back on the map this famous route, or, at least parts of it. A few other states have adopted significant bypassed sections of the former US Route 66 which, when put together, form the state road network of State Route 66.

In popular culture, Route 66 became more and more popular. Starting from the music industry with the hit songs “(Get Your Kicks on) Route 66” or “Route 66“, the road lent its name to a TV Series in the 1960s, appeared in a few music videos and movies, the latest spotlight that was focused on it being the famous animation movie “Cars“.