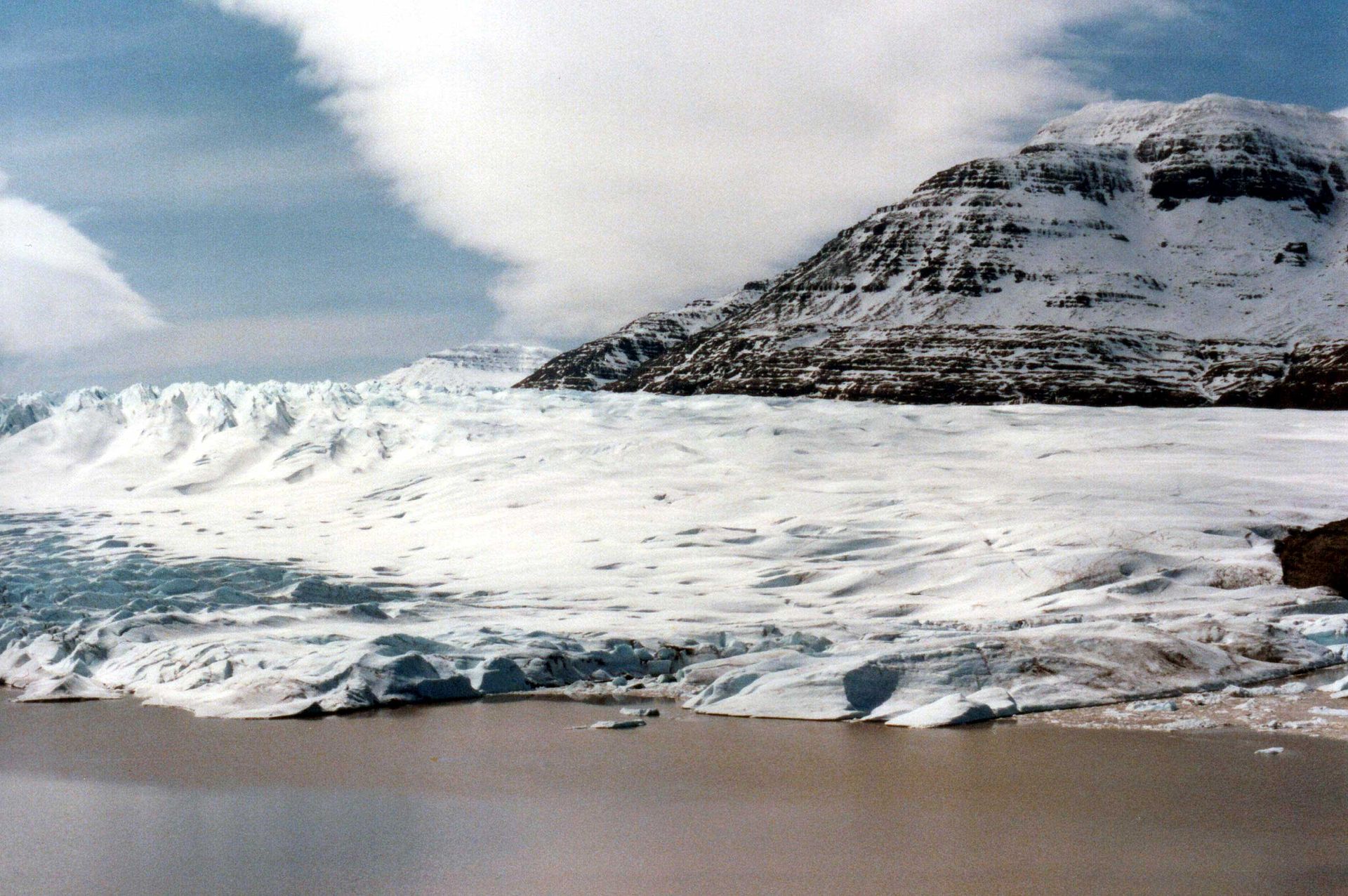 The Kerguelen Islands (also known as the Desolation Islands) are located in the Indian Ocean near Antarctica.  It is one of the most isolated places in the world and located more than 2,100 miles from Madagascar.  They are a group of islands filled with mountains, glaciers, and vast plains.  The weather typically ranges from 35.8F to 46.8F, so it’s not the most ideal place to take a summer vacation.  The islands are a natural habitat for seals, terns, penguins, and albatrosses. 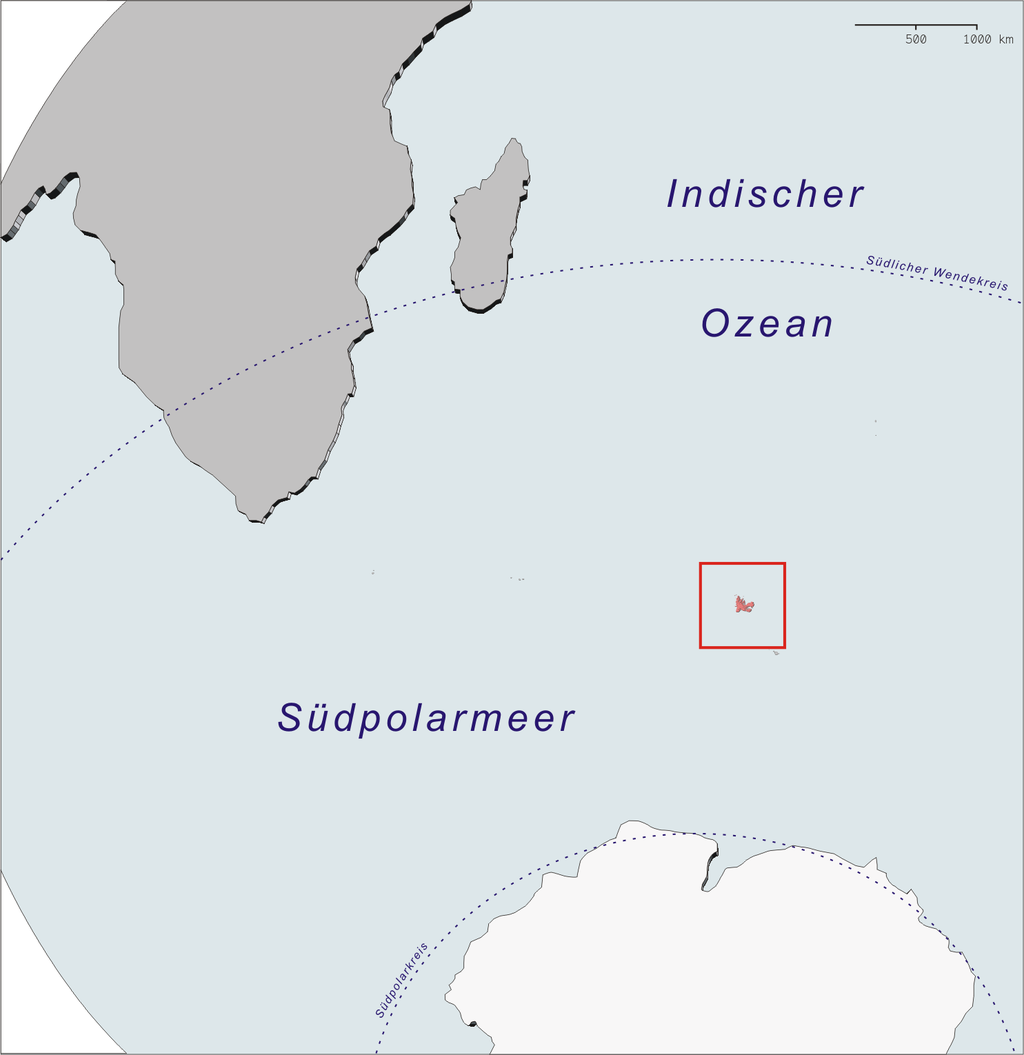 The Kerguelen Islands, along with Adelie Land, Crozet Islands, Amsterdam and Saint Paul Islands, and France’s Scattered Islands in the Indian Ocean, are all part of the French Southern and Antarctic lands.  They are administered as a separate district from the rest of the french territories.

The main island is Grande Terre (2,577 square miles) in area, and is surrounded by 300 smaller islands.  The island has frequent high winds throughout the year and is considered to be extremely harsh to put it mildly.  The seas surrounding the island are so rough that they do not allow ice to form and remain ice free the entire year. 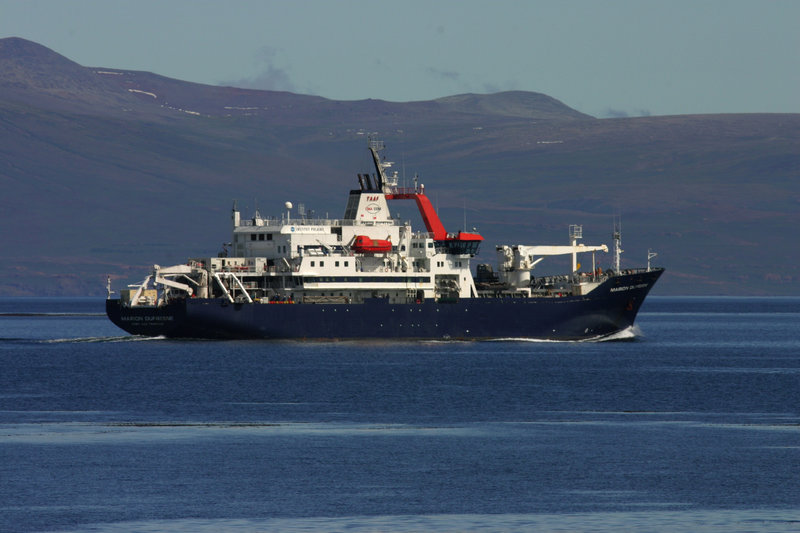 The Kerguelen Islands have no permanent inhabitants, but do have a presence of 45 to 100 people (scientists, soldiers, engineers, and researchers) year round.  There is no airport or landing strip, so all travel to the island is done by ship.

The Kerguelen Islands were officially discovered by French navigator Yves-Joseph de Kerguelen-Tremarec on February 12th, 1772.  They laid claim to the land for the French, and this was verified in 1776 by Captain James Cook during his third voyage, which stopped at the island.

Shortly after its discovery, the island became one of the hot spots for whalers and sealers.  British, Norwegian, and Americans hunted the population of whales and seals to near extinction.  The fur seals in the 18th century and elephant seals in the 19th century.  9 ships were wrecked while hunting in and around the islands. 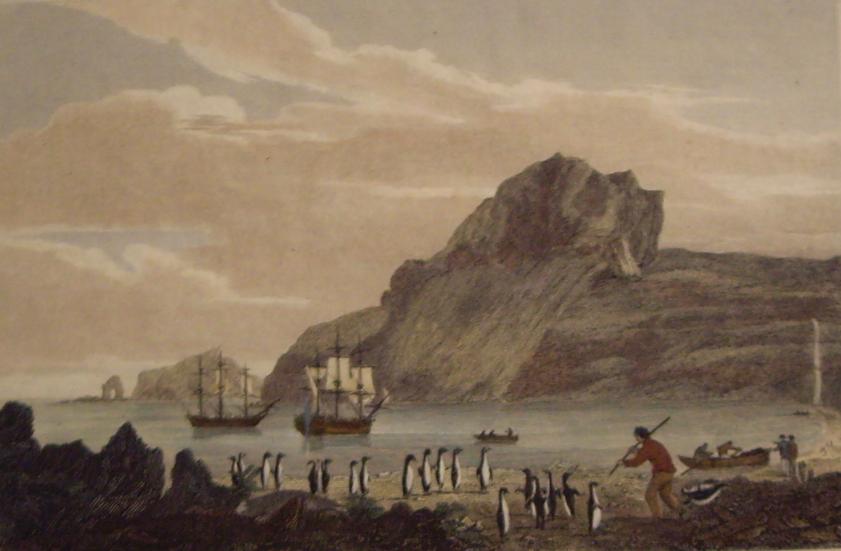 Fortunately, after the era of whaling and sealing ended, the species on the island began to increase and grow again.

Karma does tend to bite, as British seal hunter John Nunn and three members of his crew from the ship “Favourite” became shipwrecked on Kerguelen.   The group somehow survived almost three years on the desolate and harsh island until Captain Alexander Distant arrived in 1827 to hunt and rescued them.

The French started a coal mining operation on the island in 1877, but quickly abandoned it due to the harsh conditions and overall long transit time to transport the mined coal to civilization.

During World War II, the German cruiser ship named Atlantis stopped at Kerguelen in December of 1940 to replenish their water and perform maintenance on the ship.  While docked, a sailor named Bernhard Herrmann fell while painting and is buried on the island.  It is referred to as the “Southern-most German war grave of World War II”. 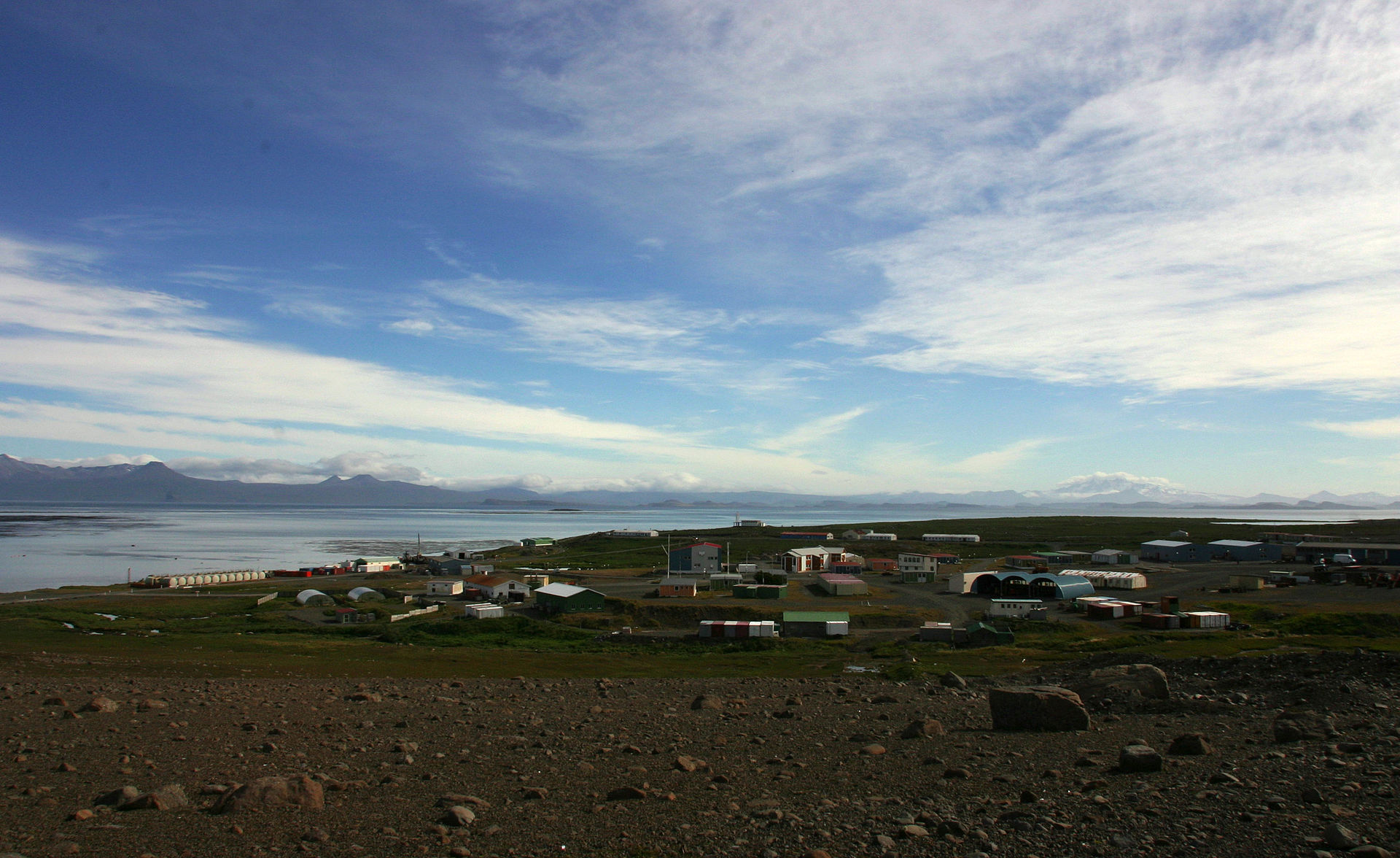 The main inhabited area on Grande Terre is called Port-aux-Francais.  The scientific base has research buildings, a satellite tracking station, living areas, a hospital, library, gym, pub, and a chapel.

Due to the harsh conditions of the islands, agricultural activities are limited to raising sheep for consumption by the people temporarily residing there, and a small quantity of vegetables grown in the greenhouse.  The rest of the food arrives on the occasional supply ship that connects the island with civilization.

Cool Fact:  The Kerguelen Islands are part of a submerged microcontinent called the “Kerguelen sub-continent”.  This microcontinent was above the sea between 100 million and 20 million years ago, and had both flora and fauna.  Over time, it sank, and about 20 million years ago it sank and is now 0.5 to 1.2 miles below sea level.  The rocks on Kerguelen are sedimentary, and exactly like the ones found in India and Australia, proving that at one point, they were all connected.

Due to changes in the weather, glaciers have begun to retreat and some have vanished completely.  Winds average 22mph, but can get as high as 120mph.  Waves in the water are 39-49 feet high! 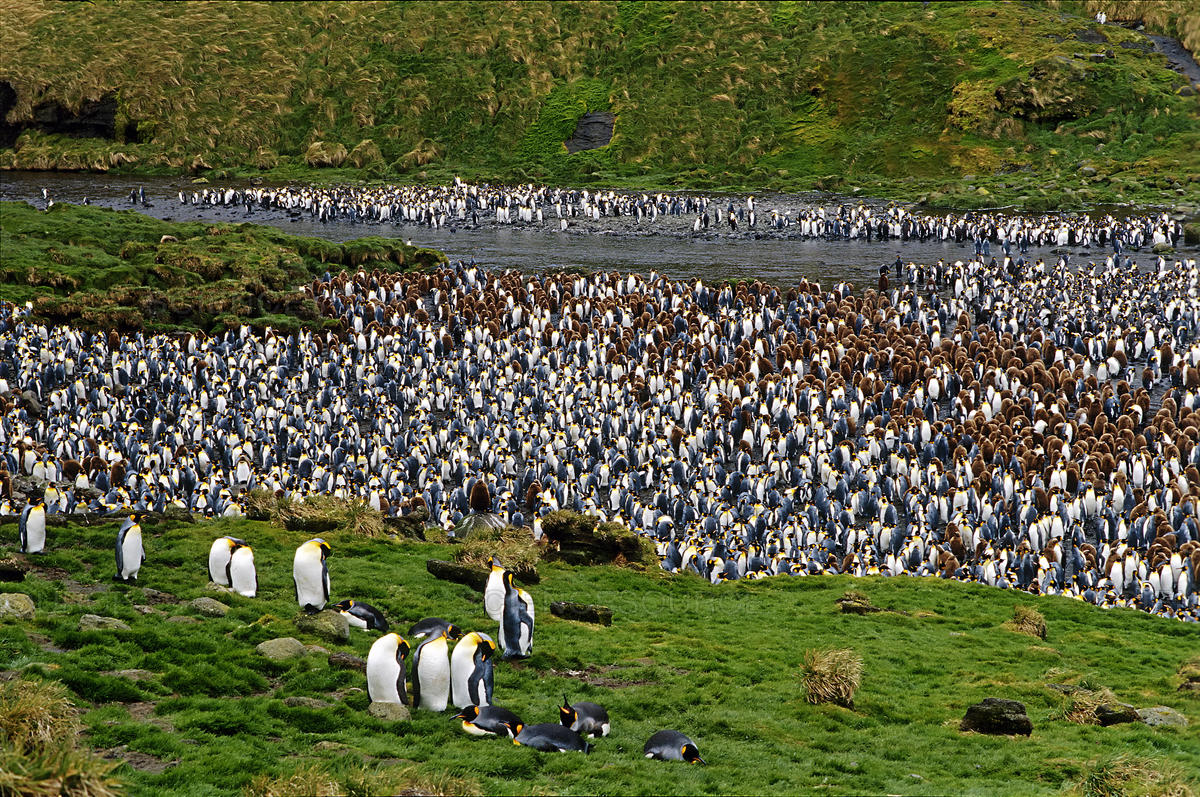 The wildlife on the island is extremely vulnerable to newly introduced species, since they have never encountered them before.  The biggest problem on the island are cats.  There is a well established feral cat population on the main island, who are descendants of cats from ships.  They hunt the seat birds and feral rabbits that were introduced to the island.

We hope you enjoyed this article “Mysterious & Remote: Harsh Living In The Kerguelen Islands”.  Join us for other articles on Mysterious and Remote places here on GoGoAway.com.