The 5 Best Gambling Cities Around The World – GoGoAway.com
Skip to content 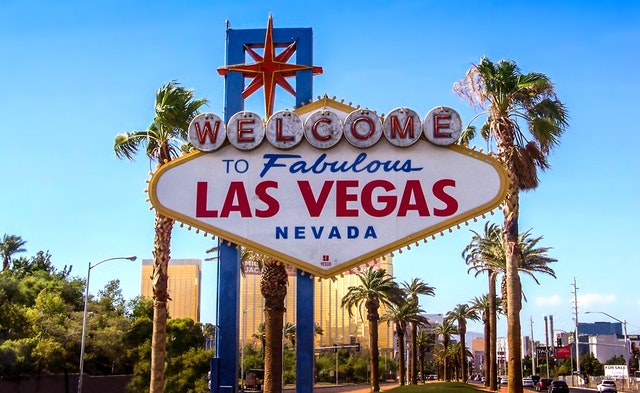 Las Vegas may be the Gambling Capital of the World, but it isn’t the only place you can enjoy yourself as you empty your kids’ college fund. Vegas is a hedonistic paradise, from the 24 hour entertainment, to the luxury suites, the endless gambling and a few other things besides, but there are many cities like it around the world.

In this article we’ll look at the five best alternatives to Las Vegas.

LA might not strike you as a great gambling destination at first, but there is no shortage of casinos here and the nightlife in Los Angeles is second to none. With casinos like Bicycle Casino and Commerce Casino, along with card rooms and more, you can gamble the night away in the City of Angels, with Hollywood and the rich and famous just a stroll away.

Often considered to be Vegas’ little brother, Reno actually offers a number of things that you can’t find in Las Vegas. This is the ideal destination for blackjack players, for instance, as the games in Reno have some of the lowest house edges you will find across the entire United States. In fact, that’s the reason that Reno makes this list and Atlantic City doesn’t, because whilst you can easily find games of Single and Double Deck Blackjack in Reno, you won’t find anything less than 8 deck games in Atlantic City, where a law stipulates that they can not ban card counters from their casinos (which means they do their best to make it difficult for them, and for everyone else). Reno is also flourishing, with what seems to be a never-ending stream of eager gamblers seeking to throw their money away in a night of neon debauchery, whereas Atlantic City is struggling. Far from being the Vegas of the North, the dream that was Atlantic City is one that never truly materialized, and one that will end with a whimper rather than a bang.

Many will be surprised to see London on this list, no doubt including Londoners themselves. The truth is that gambling is widely available in the English capital. Not only can you place a bet at any bookmakers on the many streets, but there are also exclusive casinos and card clubs. This is the home of the Crockfords Club, for instance, one of the most famous card rooms in the world, and one that many poker professionals head to every year. The average person will struggle to get a seat here and will need at least £10k on hand if they want to buy-in to one of the many tournaments, but there are plenty of other card rooms and casinos about. In fact, the UK on the whole is a great destination for anyone looking for accessible gambling, there is a very relaxed attitude to gambling here, with most of the country gambling on the Grand National horse race every year, and with kids as young as 16 allowed to play the lottery. You will also find slot machines and Fixed Online Betting Terminals in pubs, restaurants, hotels and in betting shops, and whether you’re in a big city or a small town, you’ll never be more than a stone’s throw away from an opportunity to lose it all — which sounds less like a plus than we intended it to.

Many of you may recognize Monte Carlo, or Monaco itself, as the home of the Grand Prix of the same name. This is the playground of the rich and the famous, where the majority of the residents own yachts, helicopters or both. If you don’t have money to burn then you might stand out in Monte Carlo, but as a tourist you have something that the residents don’t, which is the chance to gamble in the city’s luxury casino. The Monte Carlo casino is unique in the sense that it does not allow residents to enter — it is for tourists only. To get in you need to show your passport, and you also need to be dressed smartly. This is a casino often frequented by James Bond after all, and one that also hosts the Grand Final of the European Poker Tour, it is the definition of luxury, yet the buy-ins are not as far fetched as you might imagine and everyone can find a game and a stake to suit inside the casino.

Sometimes considered to be the Las Vegas of the East, purely because there seems to be a trend of comparing everything to Vegas, Macau is actually thought of as the biggest gambling city in the world, with many holding it in higher esteem than Las Vegas. Macau is everything that Vegas wants to be, everything that Vegas should have been. It is the City of Sin without the sin and without the tackiness. Let’s be honest, despite how hard it tries, and it really does try, Vegas can feel just a little bit too…fake. If Macau was a genuine solid gold statue, crafted by the finest artist in the world, then Vegas would be the plastic replica sold in the gift shop. Maybe that’s a little harsh on Nevada’s richest city, but the one thing we can say with certainty is that Macau offers so much more than Vegas.

Macau was a Portuguese colony for hundreds of years and although it is now back in the hands of the Chinese, it will retain its autonomy for many years to come. It currently stands as one of the richest regions in the world, attracting a flood of tourists from Asia in particular, but also from the rest of the world as more and more people begin to understand just what this region can offer. The casinos in Macau take more money than casinos anywhere else in the world, and there are many familiar names here, including MGM and Wynn Resorts.

Macau is more than just gambling, it is pure and unadulterated excess taken to the extreme. If you think Las Vegas is stunning and if you had fun in the City of Sin, then wait until you feast your eyes on everything that Macau has to offer.