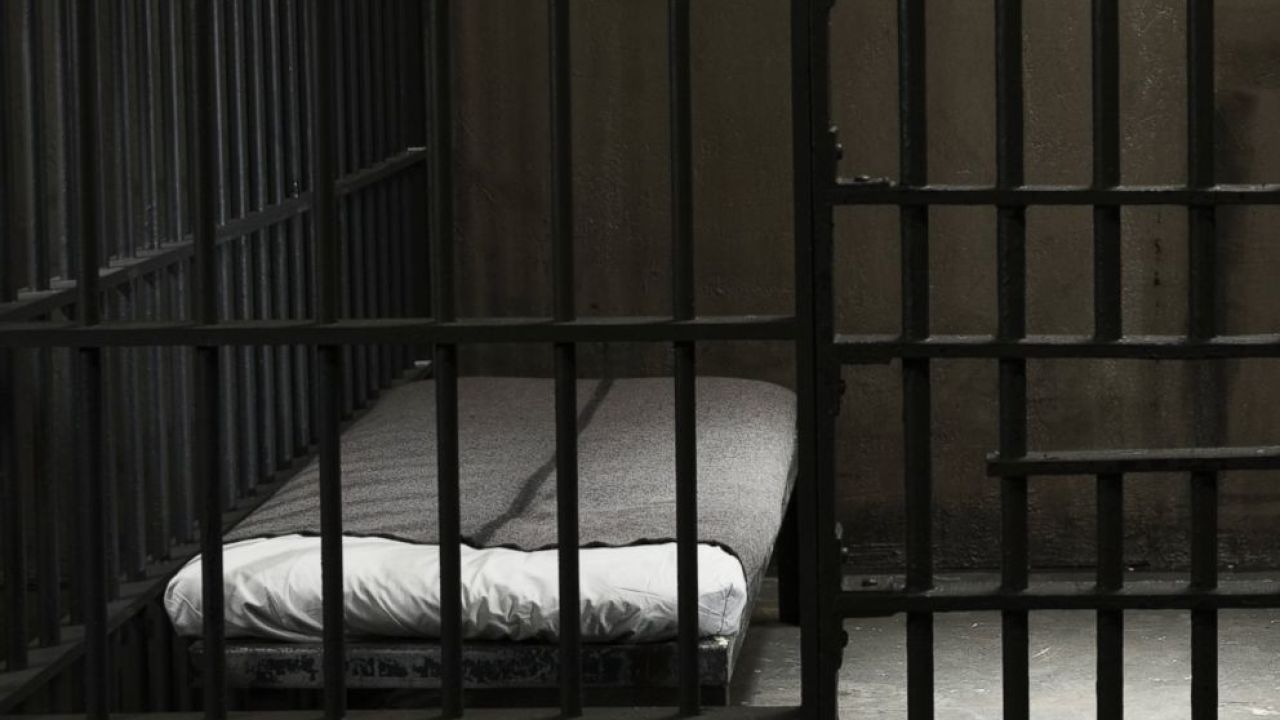 Ever thought how it would be to spend a night in jail? Don’t worry, you don’t have to commit a crime in order to experience this feeling anymore. In this article we present to you 5 hotels that have been set up in the buildings of old prisons. Whether they have moved on from the prison theme or they have included it into the hotel design, they all deserve your attention and they all will offer you a unique experience. 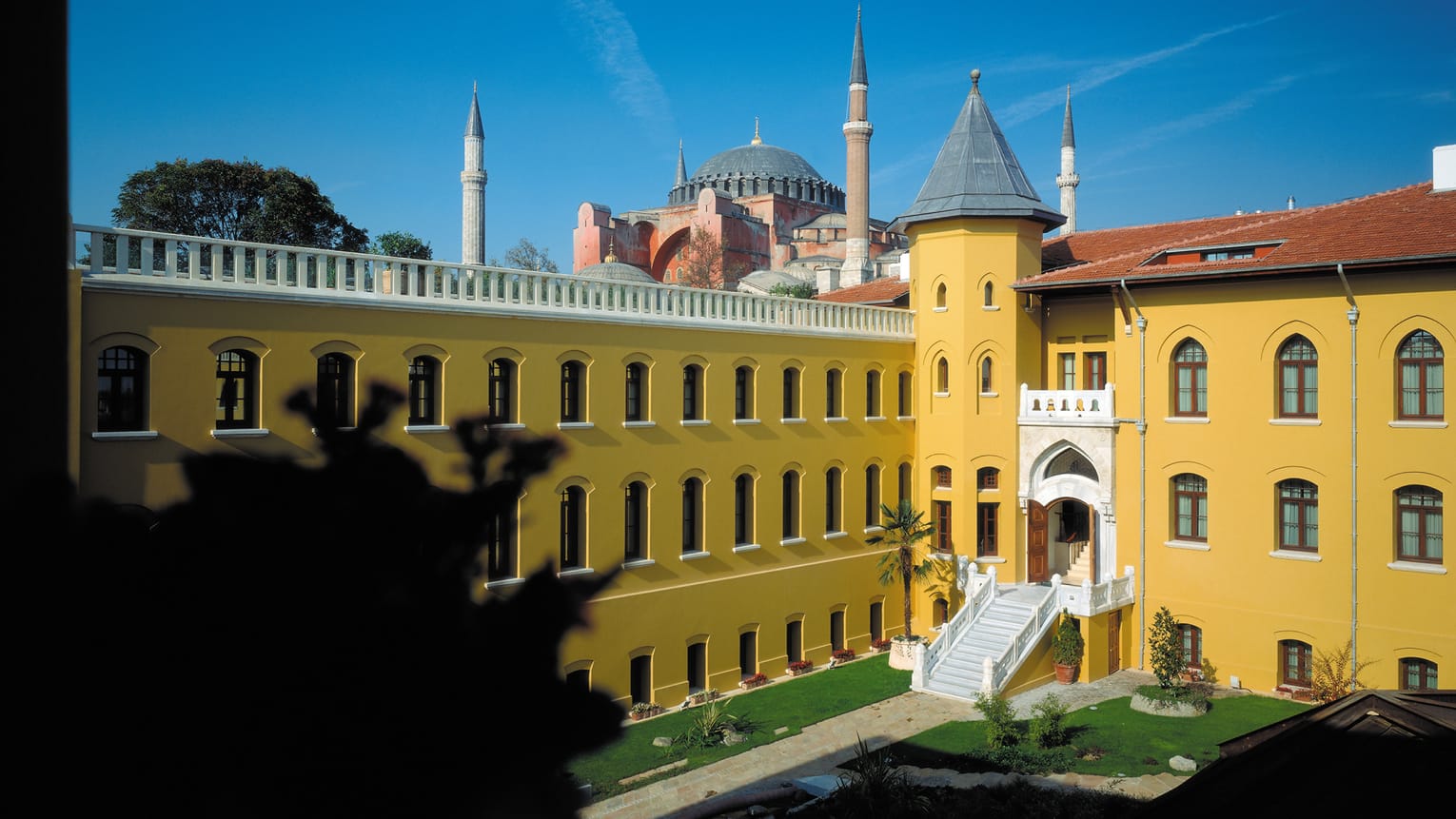 The Four Seasons Hotel at Sultanahmet is viewed by many guests as not just a simple place to stay but rather a full rounded experience. This is due mainly to the building’s location, which makes guests and tourists travel back in time and observe the culture and past of these surroundings but also due to the building’s history. And the later is also the reason for which this hotel is found inside this article. This hotel is not only set up in the building of a century-old neoclasical Turkish prison but it is also located in the oldest district of Istanbul.

The city of Istanbul is known all over the world as an important cultural center having much to offer to tourist. Some say that the best way to explore and take advantage to the max of what the city has to offer is taking it one neighborhood at a time. And the neighborhood in which the Four Seasons Hotel is located is a perfect way to start your tour. Only a few minutes away from the hotel’s location, inside Istanbul’s Old City, guests can visit the Hagia Sophia, the Topkapi Palace or the Blue Mosque. 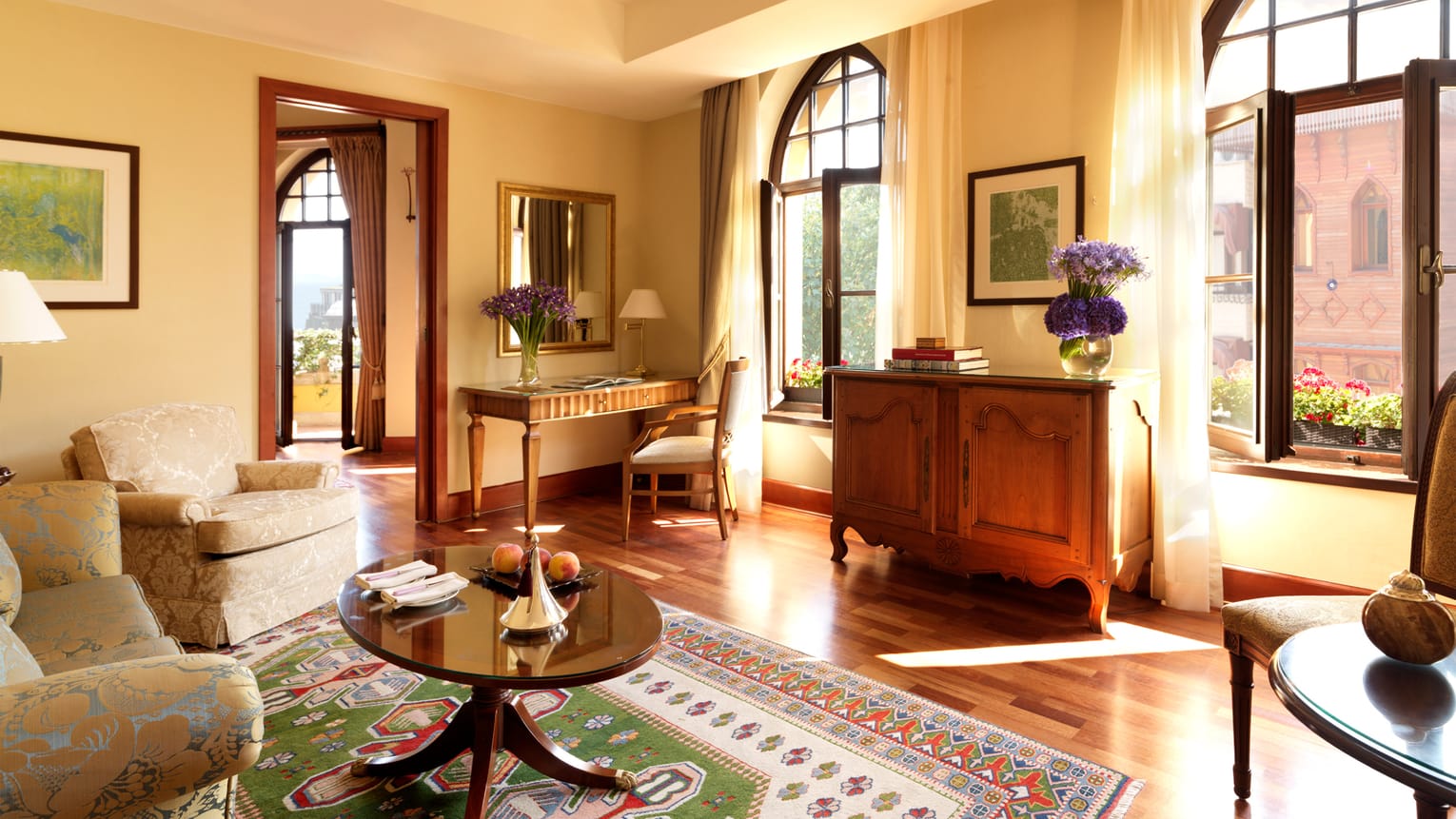 65 luxury rooms and suites await in this old Turkish prison to accommodate guests, no matter their needs and expectations. Even though it is located in the middle of the city, this hotel and its rooms offer the needed and required intimacy in which guests can relax and just get away from it all. In your free time you can explore the building and observe the lovely architecture that has been miraculously transformed from a dead empty prison to a cozy, homey and lovely hotel. 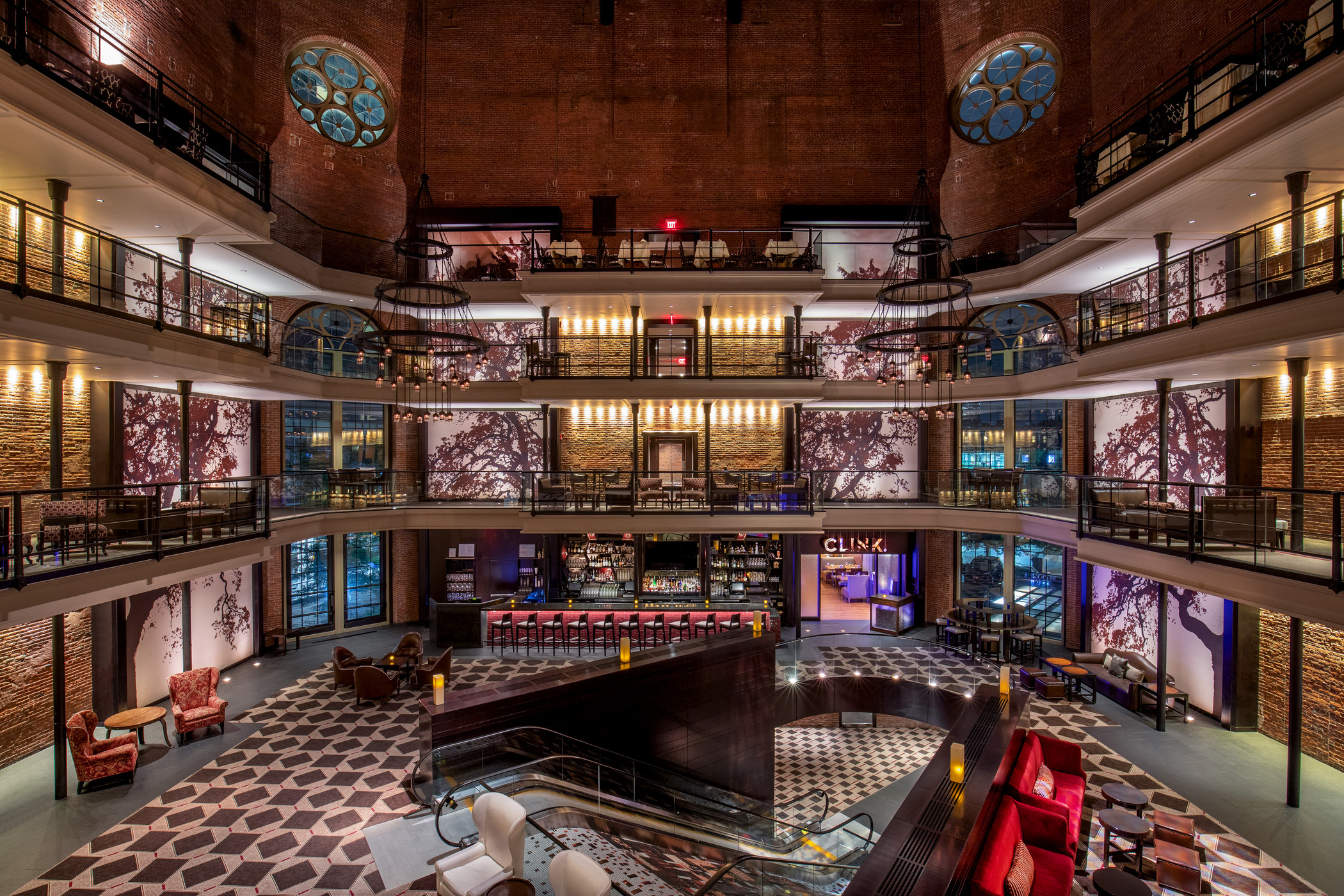 The next hotel we present, even though it’s also set in a prison building, takes travelers to the middle of Boston city. The Liberty Hote is wonderfully settled in the center of Boston, only a few feet away from the Charles River Esplanade. The esplanade offers a perfect setting for outdoor activities such as walking, biking, sailing or even kayaking and can be enjoyed by every guest of the hotel.

Walking into this hotel, the only resemblance to a prison would be the main hall. As you can see from the photos the main architecture of the room was kept and just spruced up in order to fit with today’s standards and requirements. The elegant design of the hotel is felt in the halls and common areas as much as in the rooms and private suite, which makes guests forget that a prison ever functioned in this building.

Due to its excellent position, this hotel offers its guests the chance to explore the best part of Boston. Only a few km or miles away from the hotel, you will find the Boston Public Gardens, New England Aquarium, TD Garden, Fenway Park, House of Blues and so many more points of interest.

We have presented two hotels that have stepped away from the old identity of the building and left no trace that a prison ever functioned inside the building where they now reside. The Långholmen Hotel however, has kept the main architecture of the prison and adapted the design in order to fit the rooms as they were constructed. In spite of this, the design is still modern and relaxed, creating a welcoming atmosphere (yes, in spite of the prison design) and homey feeling inside the rooms and common spaces.

Because it was a prison up until 1975, the building of this hotel has an amazing history that was not erased, but rather included in the entire theme of the hotel. Every room is built inside an old cell, the cell numbers remaining along with the old fashion locks, for which the guests receive their own key. The actual furniture inside the rooms is modern and cozy and will make you feel just like home.

The hotel is wonderfully located in the town center, on the island that bears the same name and therefore offers guests the wonderful opportunity to be close to the most significant and exciting points of interest of the entire city. But the hotel itself is nothing to ignore. Besides the actual hotel, guests can also visit the prison museum which features amazing elements of the old prison that functioned inside these walls. 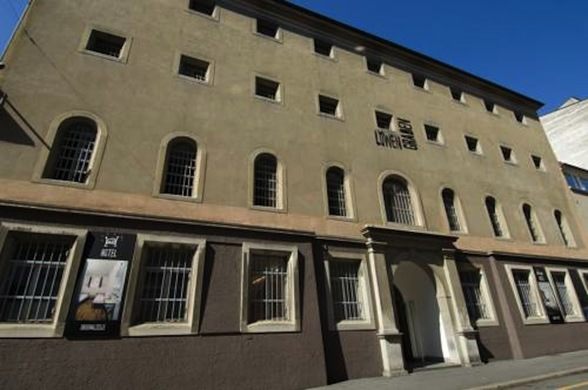 Out of all the hotels we have talked about in this article, the Luzern Jail Hotel is the one that has maintained its appearance, theme and design the closest to the actual prison that once functioned inside this building. The rooms of the hotel all resemble the exact rooms of the old prison, being furnished for only the basic needs such as bed, bathroom and heating, only the suites having extra furniture and appliances such as library, couch or desk.

The prison was built in 1862, this building being selected due to its position and the fact that it had a moat in front of it. It was open until 1998 and even though it had enough space to hold 55 prisoners, a number higher than that was held inside its cells. Only a year after it closed down, the building was renovated and the Jail Hotel was opened to the public. 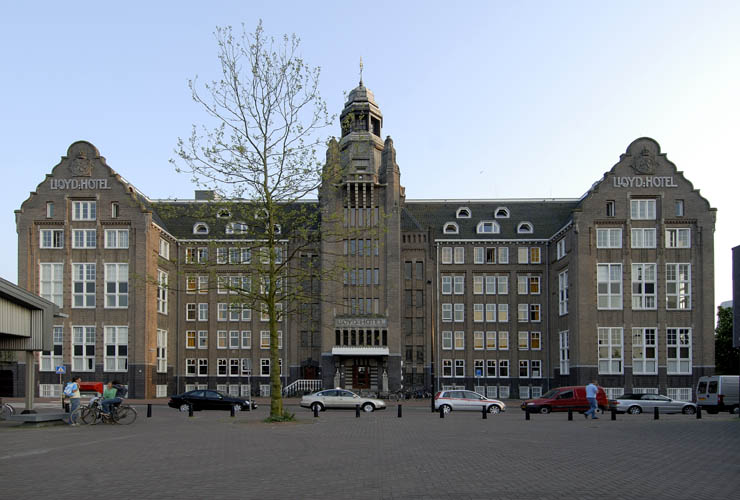 Of all the hotels in this article, the Lloyd Hotel & Cultural Embassy has to be my favorite and I think it will be yours too. This is due mainly to the fact that this hotel is also a cultural embassy and it was designed with the idea of sharing the cultural heritage of all those who stay in this hotel no matter if they’re local or foreign. Besides serving as a place to stay, this space is also used as a social gathering place where people can share ideas, have exhibitions, hold talks and grow from a cultural point of view.

Even though this hotel was built inside the building of an old prison, the interior will just amaze you once you get passed the front door. Thanks to over 40 designers and artists the interior of this hotel will stun any first time visitor with its modern and simple look that clearly expresses the Amsterdam culture at its finest. This hotel’s facilities include a wonderful south side terrace, a large restaurant, four mezzanine platforms, a library, two banquet halls and ten smaller meeting rooms, all of which are at the disposal of any guest.

Designed for travelers from around the globe, the rooms are gorgeously designed to fit any needs and requirements that any guest might have, no matter their origin. They are organized depending on size but when it comes to design, most of them are completely unique, fact that will delight both the new and the returning guests due to the element of uniqueness. The designers have done a wonderful job organizing each space beautifully and we promise you that you will never find another hotel like this anywhere in the world.